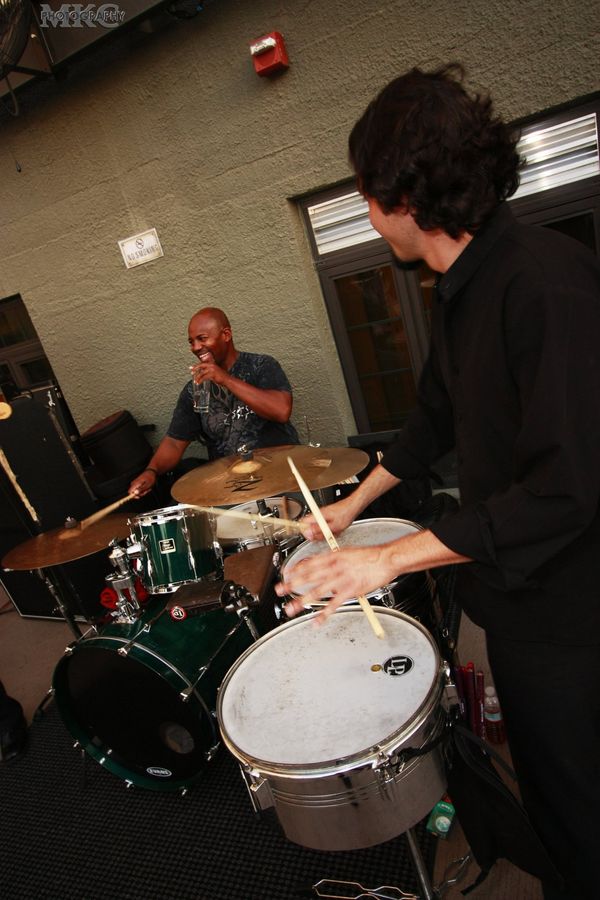 In 2001, Jorge Urbina began his Semi-Professional career with past musician relations he had nourished due to a connection with shared interest of musical fusion ideologies. Many local and out-of-town talents had been seeking Jorge during a short period of his hiatus, in consideration to his abilities in classical guitar playing and tasteful latin percussion nuances to incorporate with what they already had. When found, Jorge’s opened-mind led him to experiment, yet participate and learn of several genres which only fueled his imagination. By means of “crash and burn” (figuratively speaking) in being put to the test, the acquired experiences of multi-genres gave him an understanding for meticulous part writing which flow into instrumental stories. The passion to learn everything he could from others and by application of all became a motto for him. This “Motto” was the precursor onto his compositional work and collaboration with what is now taking part into the band Kelulu’s musical repertoire along with metaphoric lyricism in some songs. Many past musical association led him to collaborate and or share stage with world-wide know musicians such as: Enanitos Verdes ( Latin Rock), El Tri ( Latin Rock), Maldita Vecindad ( Latin Rock), Sonora Dinamita (Cumbia), Salma Hayek’s Mother (Opera singer and voice instructor to Los Angeles’ upcoming talents), Sal Lozano (Composer/ Educator and Disney Animation Film Music Score Writer) Jorge was also a part of a reality TV Show (Jammin’) on SiTv in 2007. His appreciation for his fellow musicians is constantly growing in a sense of respect as teachers to him and friends while enjoying the fruits of labor that are part-taken in music in the past, now and future.